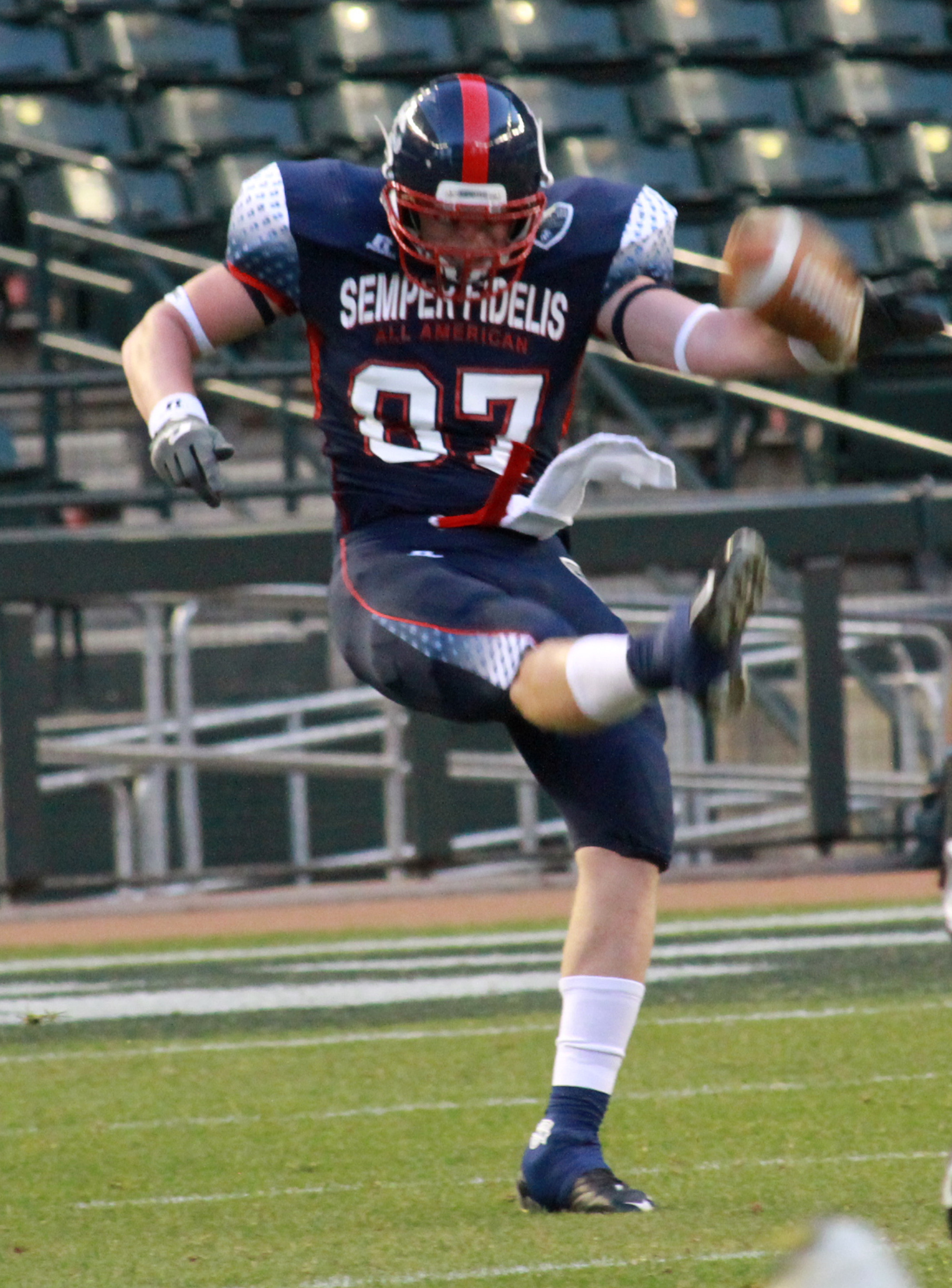 Maxx Williams a punter and tight end on the East Squad out of Waconia High School in Waconia, Minn., punts during the Semper Fidelis All-American Bowl at Chase Field, Jan. 3. Williams is one of Minnesota's top the prospects due in large part to his versatility with numerous positions on the field. This image or file is in the public domain because it contains materials that originally came from the United States Marine Corps. As a work of the U.S. federal government, the image is in the public domain.
Sgt. Scott McAdam License

Led by Maxx Williams calling plays, the Cardinals scored 24 points as visitors. Cardinals quarterback, Maxx Williams, threw for 0 touchdowns on 0 pass attempts with 0 competitions for 0 yards, and 0 interceptions. DeAndre Hopkins had 14 receptions against the 49ers with a total of 151 yards and 0 touchdowns. Kenyan Drake rushed for 1 touchdown against the 49ers with 16 rush attempts for 60 yards. The Cardinals ran for 180 yards on 36 attempts. The Cardinals went 7 for 14 on converting third downs.