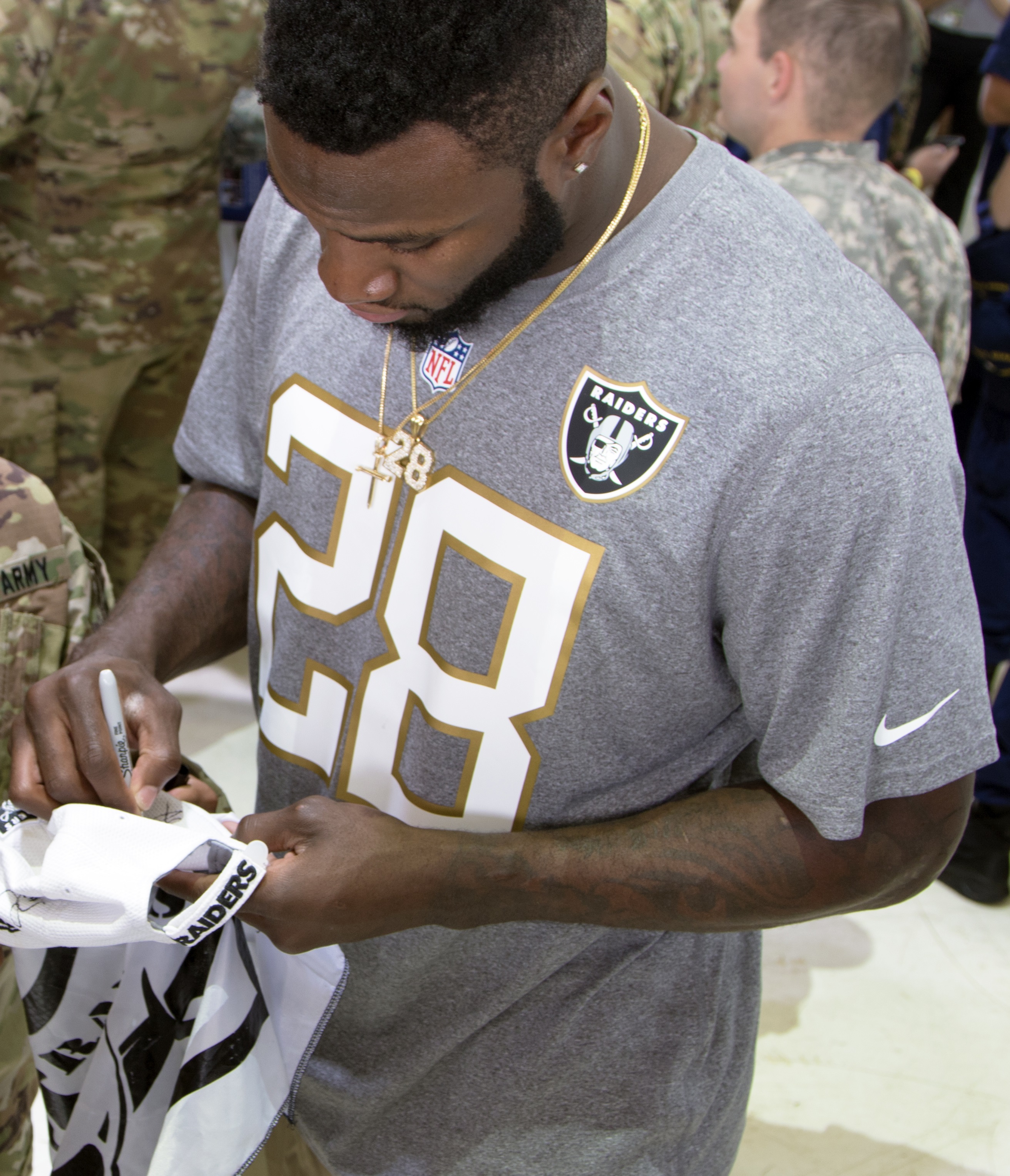 Oakland Raider running back Latavius Murray autographs a hat for a Soldier during the 2016 Pro Bowl Draft show at Wheeler Army Airfield, Hawaii, Jan. 27. This image is a work of a U.S. Army soldier or employee, taken or made as part of that person's official duties. As a work of the U.S. federal government, the image is in the public domain.
Sgt. Kimberly Menzies License