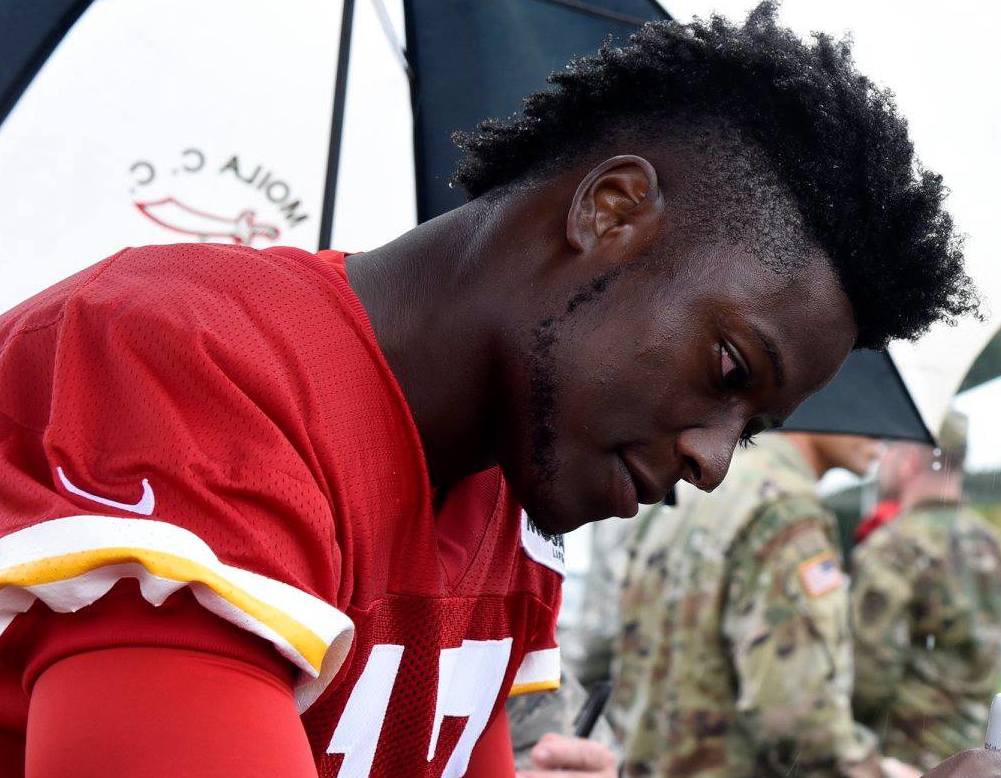 Kansas City Chiefs wide receiver, Chris Conley, signs a football after military appreciation day at the Chiefs training camp in St. Joseph, Mo., Aug. 14, 2018. The Chiefs invited military members from across Kansas and Missouri to watch their final training camp practice as well as meet and greet the players. This image or file is a work of a U.S. Air Force Airman or employee, taken or made as part of that person's official duties. As a work of the U.S. federal government, the image or file is in the public domain in the United States.
US Air Force Airman 1st Class Michaela R. Sla License