Joe Mixon's Rushing is Not Enough to Pull the Bengals Over the Patriots, 13-34 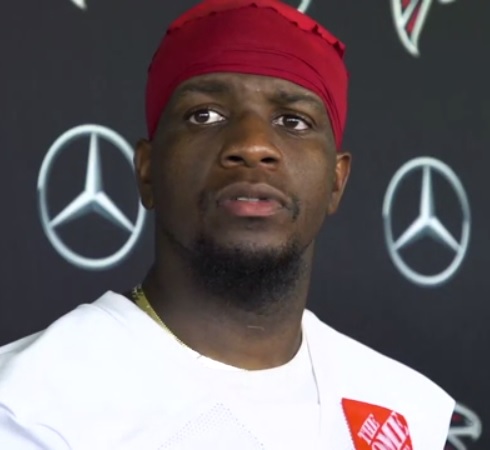 WR Mohamed Sanu spoke with the media following day 1 of Falcons minicamp. This file, which was originally posted to YouTube: Mohamed Sanu full interview, was reviewed on 30 June 2018 by reviewer Leoboudv, who confirmed that it was available there under the stated license on that date.
Atlanta Falcons License