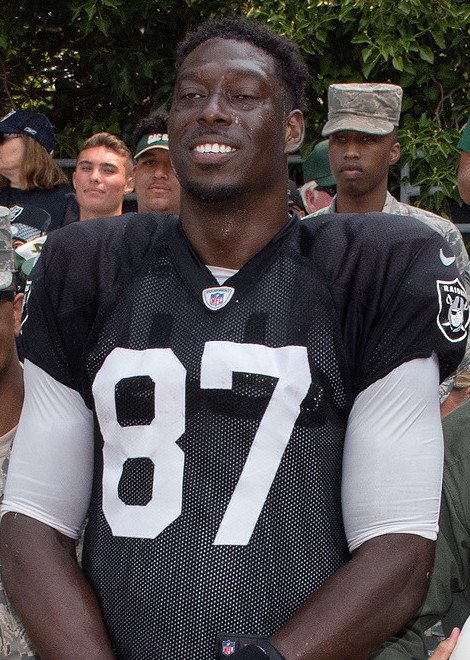 Oakland Raiders tight end Jared Cook poses for a photo with Airmen from Travis Air Force Base, Calif., after his practice in Napa Valley, Calif., August 7, 2018. The Raiders invited Travis Airmen to attend camp and were treated to a scrimmage between the Raiders and Detroit Lions and a meet and greet autograph session with players and coaches from both teams. (U.S. Air Force photo by Louis Briscese) This image or file is a work of a U.S. Air Force Airman or employee, taken or made as part of that person's official duties. As a work of the U.S. federal government, the image or file is in the public domain in the United States.
U.S. Air Force/Louis Briscese License