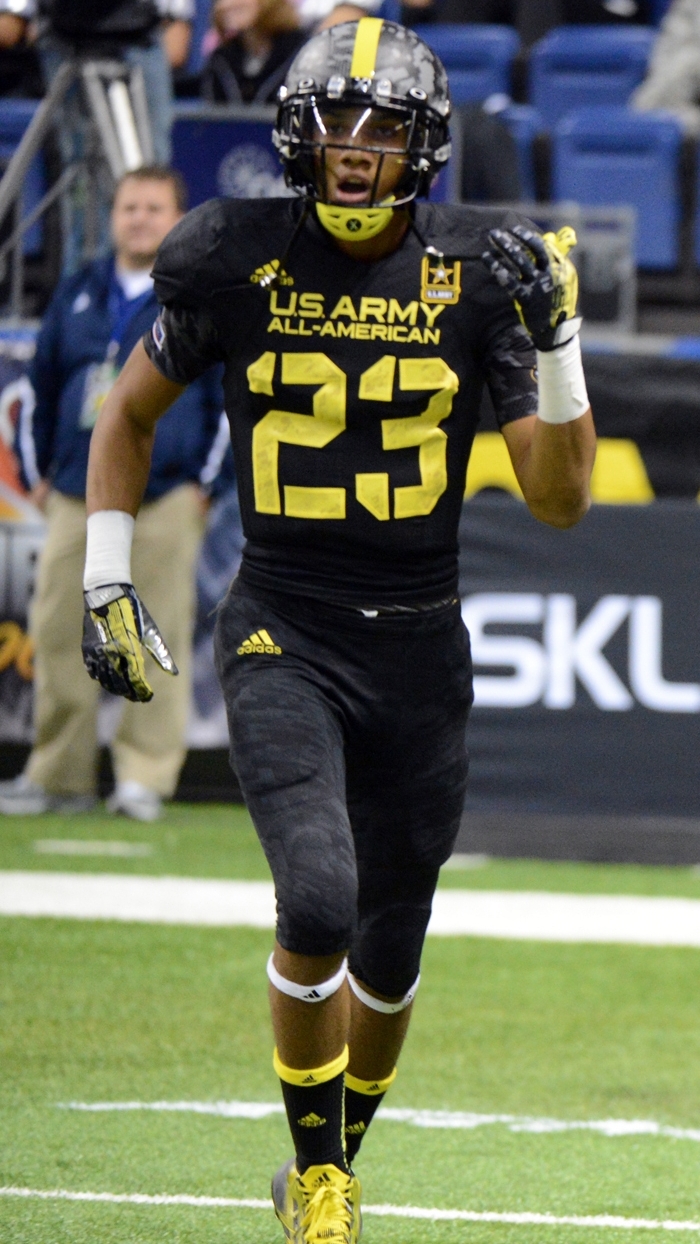 East wide receiver James Quick (No. 17) of Trinity High School in Louisville, Ky., celebrates catching the game-winning touchdown with teammates Tyler Boyd (23) of Clairton (Pa.) High School and Jeremy Johnson (11) of Montgomery (Ala.) Carver High School at the 2013 U.S. Army All-American Bowl on Jan 5 at the Alamodome in San Antonio. Quick's 34-yard touchdwon reception from Johnson gave the East a 13-8 lead with 3 minutes, 59 seconds remaining in the game. Quick, who had three receptions for 71 yards, also received the Pete Dawkins Game MVP award. U.S. Army photo by Tim Hipps, IMCOM Public Affairs This image is a work of a U.S. military or Department of Defense employee, taken or made as part of that person's official duties. As a work of the U.S. federal government, the image is in the public domain in the United States.
Tim Hipps License

Away from home, the Jaguars scored 25 points led by James O'Shaughnessy at quarterback. Jaguars quarterback, James O'Shaughnessy, threw for 0 touchdowns on 0 pass attempts with 0 competitions for 0 yards, and 0 interceptions. DJ Chark caught for 95 yards on 8 receptions with 2 touchdowns. JamesRobinson rushed for 0 touchdowns against the Bengals defense on 17 attempts for 75 yards. The Jaguars ran for on 20 attempts against the Bengals with a total of 89 yards. The Jaguars went 2 for 10 on converting third downs.