Derrick Henry's Ground Attack Not Enough for the Jaguars Against the Titans, 30-33 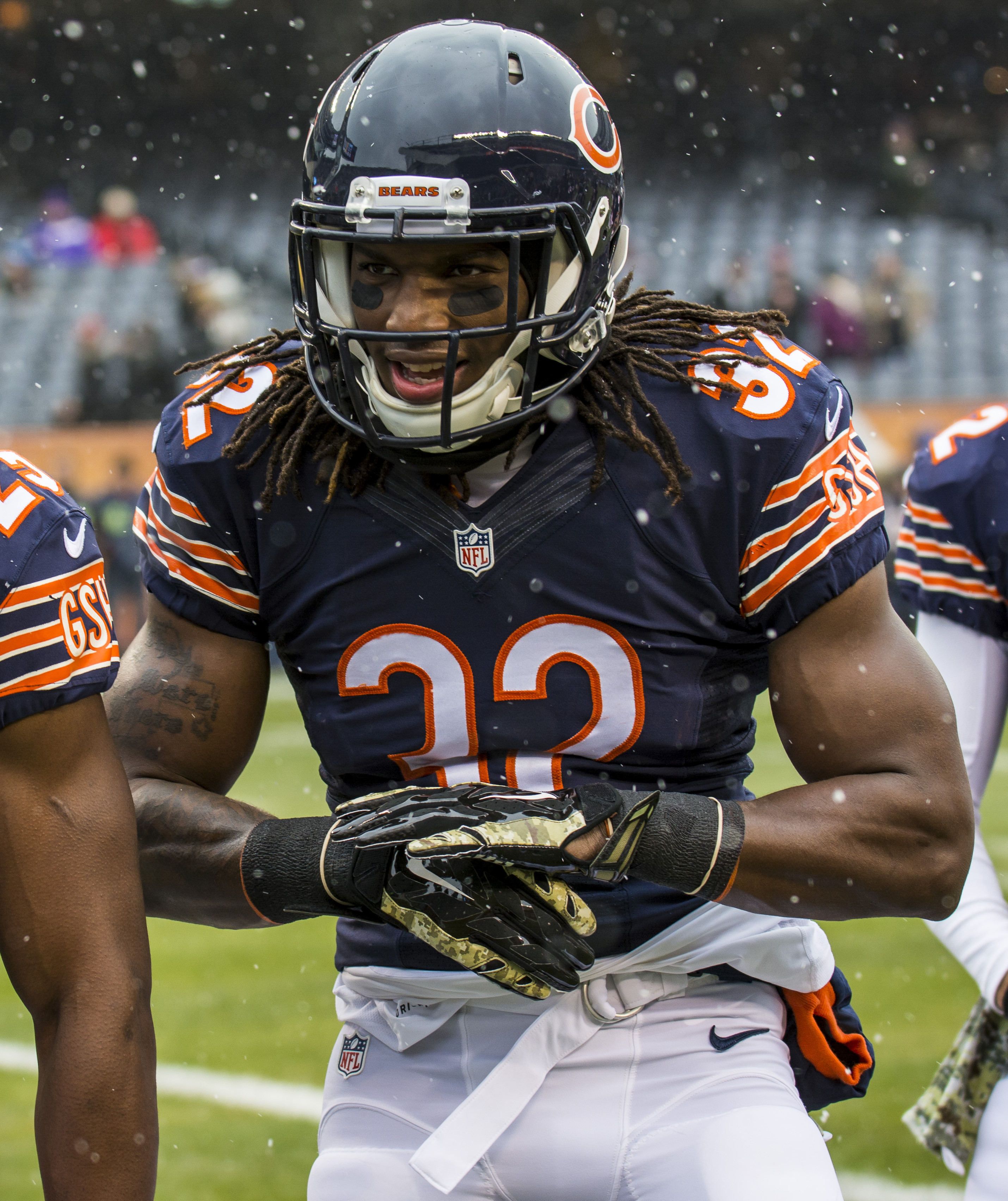 Chicago Bears running back, Senorise Perry, in a game against the Minnesota Vikings on November 16, 2014. This work is in the public domain in the United States because it is a work prepared by an officer or employee of the United States Government as part of that person?s official duties under the terms of Title 17, Chapter 1, Section 105 of the US Code. Note: This only applies to original works of the Federal Government and not to the work of any individual U.S. state, territory, commonwealth, county, municipality, or any other subdivision. This template also does not apply to postage stamp designs published by the United States Postal Service since 1978. (See § 313.6(C)(1) of Compendium of U.S. Copyright Office Practices). It also does not apply to certain US coins; see The US Mint Terms of Use.
original: U.S. Army Photo by Sgt. 1st Class Michel Sauret on behalf of 416th Theater Engineer Command Army Reserve derivative: Diddykong1130 License