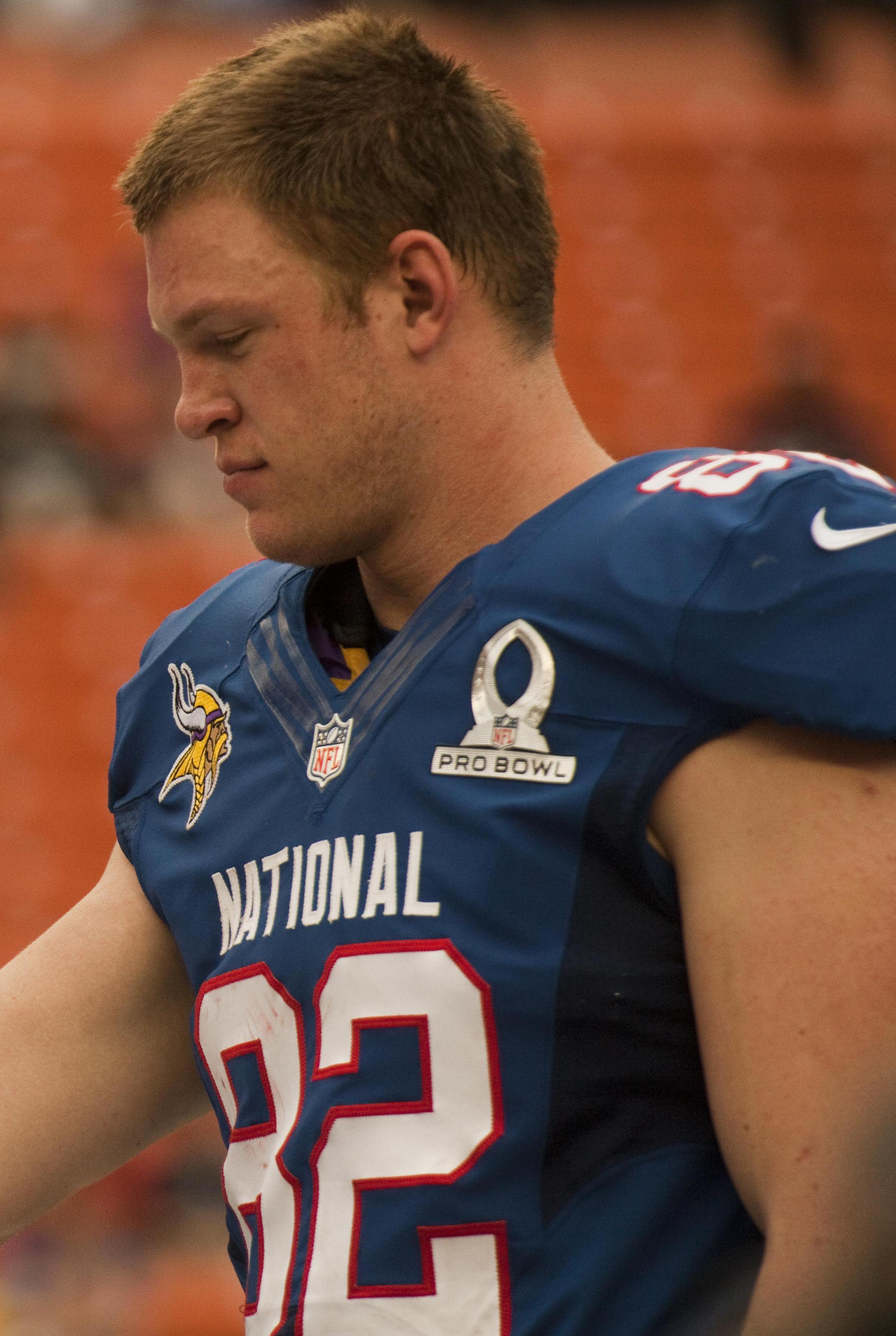 Minnesota Vikings tight end Kyle Rudolph eyes his 2013 Pro Bowl Most Valuable Player award that he received for his performance at Aloha Stadium, Jan. 27. This image or file is in the public domain because it contains materials that originally came from the United States Marine Corps. As a work of the U.S. federal government, the image is in the public domain. This is a retouched picture, which means that it has been digitally altered from its original version. Modifications: cropped. The original can be viewed here: Kyle Rudolph Pro Bowl MVP trophy.JPG. Modifications made by Ytoyoda.
United States Marine Corps/Sgt. D.R. Cotton License