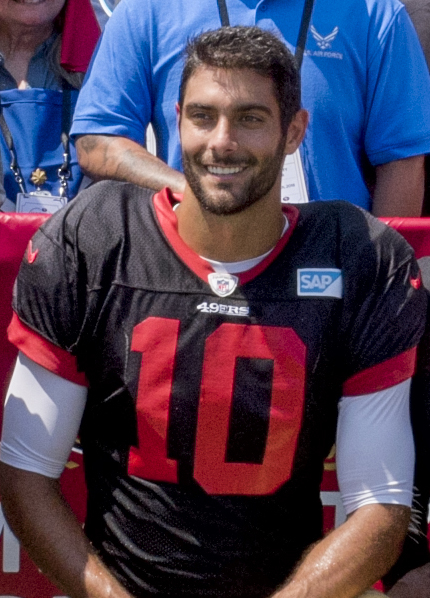 The 49ers organization invited military service members from the local area to observe their training camp during a military appreciation day at their training facility in Santa Clara Calif., Aug. 12, 2018. This image or file is a work of a U.S. Air Force Airman or employee, taken or made as part of that person's official duties. As a work of the U.S. federal government, the image or file is in the public domain in the United States.
U.S. Air Force Employee Lan Kim of Travis AFB License