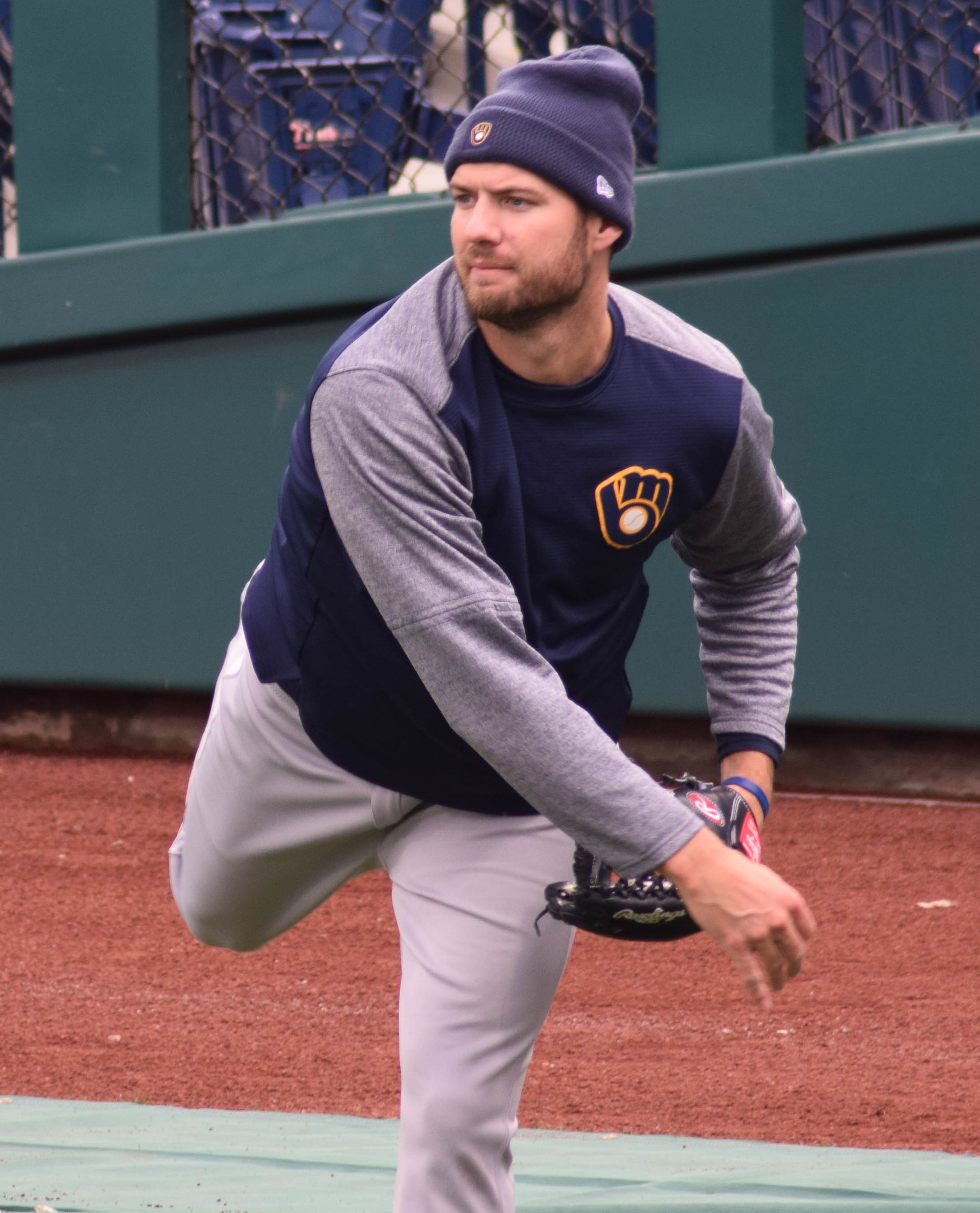 Adrian Houser of the Milwaukee Brewers warms up before a 2019 game at Citizens Bank Park in Philadelphia.
Ian D'Andrea on Flickr License

The Adrian Houser start could not keep the Padres hitters at bay. He gave up 2 earned runs over 5.0 innings pitched. The Brewers pitcher had a 0.327 OBP for his appearance. Throwing 46 strikes in a 70 pitch outing for 5 strikeouts. The Brewers hurler threw for 3 hits and 0 walks allowed.

Keston Hiura was not able to pull out the win against the Padres. He had a game batting average of 0.302. At the plate, the slugger had 0 strikeouts. Leading the team in slugging for the season, Keston Hiura had a 0.575 slugging percentage. The Brewers' top hitter contributed 1 RBI and scored 1 run in the home outing. He had a 0.368 OBP with 4 at bats.